What should be the top environmental priority for the next 40 years? 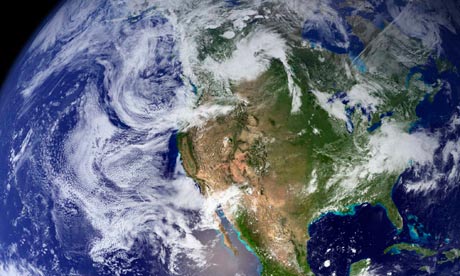 Mission Critical is a debate hosted by Earthwatch to decide on the most important environmental priority for the next 40 years. Photograph: Ho/Reuters


Our society faces a rich complex of problems. Since the beginning of the industrial revolution some 250 years ago, our animal species has changed the character of the Earth's land surface, seas and atmosphere: hence the increasing use among geologists of the term Anthropocene to follow the Holocene epoch.

Of all the interconnected problems we face, perhaps the most serious is the proliferation of our own species. Our numbers rose from around one million 12,000 years ago to around one billion 250 years ago. Since then there has been an extraordinary acceleration from 2 billion in 1930 to 6 billion at the end of the century and now approaching 7 billion.

In seeking to cope with this problem, the role of education, and in particularly that of women, is critical. Where women have achieved broadly equal status with men, when there is provision for their old age, when they can use contraceptive devices, and most important when they are educated as full citizens, human fertility has dropped: in many industrial countries below replacement rate and elsewhere by a substantial margin. At the same time people are living longer, itself creating problems, and the introduction of new technologies risks increasing unemployment. More than half our species now lives in cities, well described recently as nests for a super-organism out of control. We have now to confront these problems in all their scope and complexity.


With every breath we take and drop of water we drink we are connected to the ocean. Seventy two percent of our planet is ocean. The ocean drives global weather systems, absorbs the heat generated from our addiction to burning fossil fuels and provides the main source of protein for over a quarter of the world's population.

We live on a blue planet. The ocean breathes for the planet, with most photosynthesis occurring on the sea surface more than anywhere else. The health of future generations is dependent on the health of our ocean. However, silently and out of sight, the deep blue is suffering from our take-take relationship. We are getting dangerously close to the sea reaching its capacity to act as the planet's largest carbon sink. Depletion of the oceans fisheries, toxic contamination of the sea by industrial runoff and plastic pollution and acidification pose great threats to the health of the world's population.

The oceans are clearly of critical importance in providing energy, food and economical security and drinking water. The blue planet teaches us about love, beauty, respect, sensuality and mystery. The ocean fuels our curiosity, imagination, well being and gives us a sense of clarity, meaning and purpose – the liquid planet is the greatest teacher. Would we get the same feeling of peace looking across a lifeless ocean?


We can all relate to water - and any traveller can tell you about bad water and poor sanitation, including the English Commonwealth Games team and even in developed countries. Having the runs may make for a few embarrassing anecdotes, but it's no joke that diarrhoea is the biggest killer of children in sub-Saharan Africa. Preventable diarrhoea associated with dirty water and poor sanitation kills more children than Aids, malaria and TB combined.

And it's not just kids - water is fundamentally a gender issue. Women and girls bear the biggest burden - walking long distances in rural areas, queuing in line for hours in urban slums.

These failings in human development put a cost on the economy, through lost lives, school days, work days and burden on health systems. The World Health Organisation estimates that every $1 invested in water generates $8 in wider economic benefits.

And that's just water for drinking and health - water is also an economic resource - vital for food (70% of globally available freshwater is used for agriculture) - and livelihoods. It is a critical ingredient for industry - almost every manufacturing process needs water. Finally, it's intertwined with energy – and not just through hydropower. Thermal power stations need water for cooling and for the steam needed to turn turbines.

Without water we have nothing.


What makes humans different from the animals is that we are the only species to harness energy from things we don't eat.

Using external energy is fundamental to being a human. And using more energy has through all history been the key to getting a better quality of life - more food, better transport, warmer (or cooler) homes and offices.

Our success as a species has led to runaway numbers of people, and runaway per capita use of energy. Multiply the two together and you hit the buffers.

Energy is the most difficult problem to deal with simply because it is the only one on the table that is intrinsic to the very concept of humanity.

Climate change driven by our urge to burn things is an existential threat - albeit a slow burning one. Thus solving the energy crisis is clearly critical to us as humans as much as energy use is critical. The race therefore is on - between our evolutionary heritage that will surely destroy us if left unconfined, and our ability to innovate our way out of the old ways, and into a new energy paradigm that is sustainable without asking us to go back to the cave - because that is the one outcome we can guarantee no population will willingly accept.


The food challenge ahead is awesome. After a 20th century which celebrated the "success" of producing more food than ever in history, we now know human activity has undermined what has been done. A fearsome new complex of difficulties must be resolved: an oil-reliant food system (fertilisers, machines, transport); an environment under stress (climate change, water and soil); biodiversity loss (the plants and life on which we rely); land use competition (food vs fuel vs biodiversity vs ecosystems support).

Our voracious consumption is part of the problem. We eat feast-day food everyday, yet to eat like the US or UK requires multiple planets.

The now dominant analysis is that we need to feed 9 billion people by 2050 (up from nearly 7bn today) on less land in a time of ecosystem stress. New technical fixes, technologies, management, controls are urged on politicians. 70% more food is needed by 2050, they cry! Fund another heave to raise production, they say, downplaying how half of all grains grown on the planet are fed to animals.

Our system is hugely wasteful. Some 30-40% of what is bought fit to eat is thrown away. Our way of eating panders to an "eat what you like" consumerist culture. Actually there is plenty of food to go around today.

We need to think not just about whether there is food but what sort of diets, too. Simply, the future requires sustainable diets fed by sustainable food supply chains. We currently have neither.

The audience voted for Education to be the most important priority for the next 40 years.