Honey Honey Honey ... my sweet honey is the sweetest thing in the world 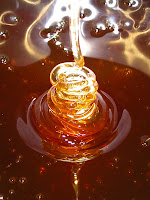 Honey should be sold in the pharmacy! Honey is a medicinal food. Honey is not merely  sugar. This product of bee-life  contains fructose, glucose, maltose, raw sugar and oligosaccharides, water, nitrogen compounds including enzymes, amino acids, minerals, vitamins, natural acids, inhibins, hormones, aromatics.
It’s also a tonic, a true health promoter in it’s most natural state, it prevents illnesses, cleanses the blood, can be used against over acidification of the stomach, digestive problems, fight a cold, cure a cough, even for diabetes it is said to work favourable but it should only be taken moderate. 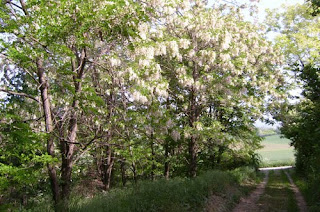 It has healing properties and can be taken to improve general strength for fatigue and low energy, strengthening of resistance, strengthening of nervous system, strengthening of the heart muscle, anti-bacterial, anti-inflammatory, improved circulation, improved digestion, detoxification of liver and kidneys and many more. Honey can also be applied externally for burns, abscesses, for healing skin infections, furuncle, on a bruise or haematoma.
Each honey has different healing properties depending on which flowers or trees have been visited. For example linden tree is calming and relaxing, effective for nervousness and insomnia. It’s good for illnesses with high temperature and it also increases the mental productivity.
Forest honey is made of honeydew and contains a high dose of minerals. The forest is the lung of our ecosystem that we live in and also forest honey is good for bronchitis and respiratory illnesses. Fruit blossom honey has a positive effect for allergic people, it strengthens and has a pain-relieving effect. 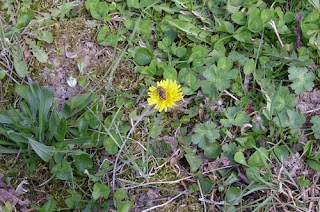 Dandelion honey is mainly blood cleansing and is also used for liver, kidneys and bilious complaints. Rapeseed honey has a calming and relaxing effect. Acacia has a positive effect to heal coughs and colds and it’s blood cleansing. Sweet chestnut is blood cleansing, is a thromboses inhibitor and supports in case of exhaustion and lack of appetite.
We distinguish between two different types of honey: When bees collect honey from nectar of flowers and from honey from the forest produced by plant-sucking insects in form of honeydew. Flower honey usually contains more pollen and forest honey has a high level of minerals.
Sustainable bee-keeping saves our bees and our environment and must be based upon understanding and empathy for the bee as a primary concern of their usefulness in commerce.
Bees are important pollinators for our fruits and vegetables. They do this for all of nature. They increase crop yields while making honey. By buying organic honey you safeguard the continued existence of cultivated and wild plants. 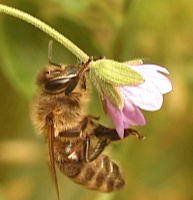 For 1 kg honey the bees make up to 150.000 flights, visit up to 20.000.000 flowers and travel up to 150.000 km.
The work of the honeybee is the work of bio-feedback which supports a multitude of life within our ecosystem.
Unfortunately the honeybee is in trouble because of pesticides and foreign parasites, and due to treating the bee as yet another ‘tamed’ creature working for our benefit, a view that is too limiting for the natural complexity of habitat. The honeybee as we know it is dying out in Europe, unless the bee-keeper takes care of her and helps her to survive.
One of the reasons for this bee-crisis is the Varroa mite. The parasite has been imported in the early 80s to Europe. Since ever then this mite has spread all over Europe and there is virtually no hive left untouched. Bee-keepers in Europe have to treat their bees so they don’t die from the infestation of this mite. 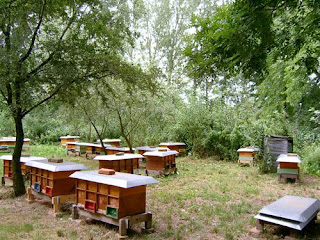 Naturally bees will swarm and manage to survive for a few years but it’ll get them in the end and they also will die without help by the bee-keeper, as this is not a natural parasite and our European bees have not learned how to fight it. The Indian bee has evolved with the Varroa mite and learned to deal with this invader, but in Europe bees have very little chance of survival without bee-keepers.
It is very important to care for the environment and support it through sustainable ways of farming and living in harmony with nature. We should support nature through sustainable organic bee-keeping. So really you can't go wrong with supporting bee-keeping and buying sustainably organic harvested honey. 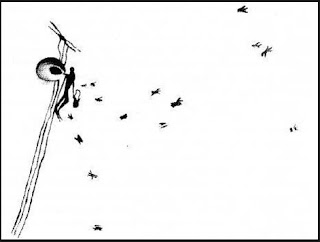 Bee-keeping is one of the most ancient ways of working with nature in harmony. Cave paintings depict the honey harvest some 15,000 years ago in the Cave of the Spider (Cueve de la Arana) situated on the river Cazunta in Valencia in Spain.
Organic bee-keepers have to work within strict controlled regulations that ensure that the bees and their honey are treated and harvested in it’s most natural ways. A good bee-keeper will work by observation of nature and adapt his practices to the most natural ways that bees live in nature ensuring health and long life for the bee hive. 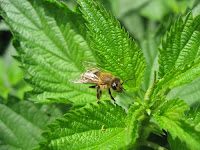 Additionally I’d like to recommend that you  buy organic honey that comes from your local bee-keeper as much as possible. In doing so you’ll always ensure that your local wildlife, and those who make the effort to work naturally with wildlife have also got your support through the pollination. Think about this, and you’ll start to appreciate honey again in a much more natural heart-felt and meaningful way.
Don't take my word for it and ask the honeybees as they know best ... if you find a posting by a honeybee on the internet please add the reference and comment here.
Posted by Whale of a Time at 18:05 2 comments: Links to this post