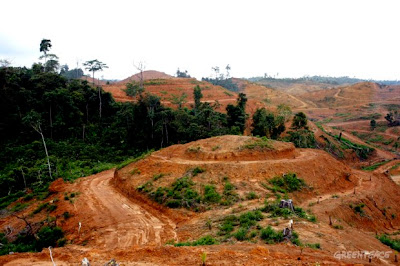 The audit, produced by ITS GLOBAL‚s Alan Oxley, attempted to discredit evidence published by Greenpeace International in July, which showed that APP suppliers are actively clearing rainforest and peatland in Indonesia. (2) Oxley is well known as an industry apologist. (3)
"Sinar Mas is getting increasingly desperate as it tries to cover up its continued role in rainforest destruction. By hiring Oxley as an auditor, it is now really scraping the bottom of the barrel ˆ it seems anyone with any level of credibility is no longer willing to work with the group.
If Sinar Mas was serious about sustainability, it would commit to no further deforestation and not hire industry apologists to cover its tracks," said Bustar Maitar, Greenpeace Indonesia forest campaigner.
In its response, Greenpeace shows that the ITS GLOBAL audit: Used outdated concession maps that do not contain the latest Sinar Mas concessions;
Failed to use the correct documents which explain the company expansion plans;
Did not point out that the data sources Greenpeace relied upon were also used by the Indonesian Government as part of the basis for its climate change abatement scenario planning. 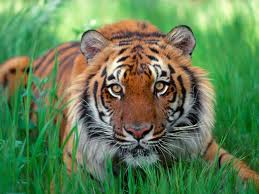 Nowhere in the 89 page audit did Oxley challenge the validity and accuracy of the photographic evidence of rainforest and peatland destruction which forms the heart of the Greenpeace report, and shows that APP is destroying habitat of the endangered Sumatran tiger.
The environmental group has since released further aerial photographs which show ongoing clearance of deep peat by Sinar Mas in Kerumutan in Riau, Sumatra from August. (4) These destructive practices undermine the Indonesian President, Susilo Bambang Yudhoyono‚s, commitment to reduce the country‚s greenhouse gas emissions and to protect its rainforests. 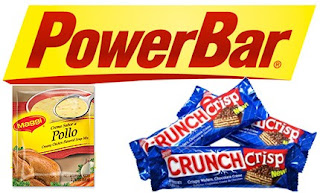 As a result of Greenpeace‚s evidence of Sinar Mas‚ illegal and destructive environmental practices in Indonesia, several leading companies have cancelled contracts with the palm oil and paper giant.  Kraft has confirmed that it is phasing out APP paper and packaging, whilst Nestlé, Unilever and retailers such as Tesco and Metro group are implementing new policies that will also rule out supplies from APP, unless the company and its suppliers make substantial changes. It has also been reported this week (5) that New York based PR firm, Weber Shandwick, has walked away from its contract with APP.
Maitar continued: „We are calling on all companies to drop their contracts with Sinar Mas until the group publicly announces and implements a policy to stop further deforestation and peatland destruction. We are also urging the Indonesian Government to protect all peatlands, as well as expand its upcoming moratorium on rainforest destruction in new concessions to cover the vast areas that have already been slated for destruction in existing concessions.
Contacts:
In Jakarta, Indonesia:
Bustar Maitar, Greenpeace Southeast Asia Forest Team Leader, tel: +62
813 446 66 135
In the EU:
Andy Tait, Senior Campaign Advisor Greenpeace UK tel: +44 (0)20 7865 8215 or
+ 44 (0)7801 212 980
Notes to Editors:
(1) APP‚s audit is available at: http://www.scribd.com/asiapulppaper.
Greenpeace‚s response is available at:
http://www.greenpeace.org/international/en/publications/reports/Greenpeace-reponse-Sinar-Mas-APPOxley-/
(2) Greenpeace‚s report ŒHow Sinar Mas is Pulping the Planet‚ is available
at:
http://www.greenpeace.org/international/en/campaigns/forests/asia-pacific/Palm-oil-reports/
.
(3) For further reading on Oxley, his consultancies, publications and other
work, see
http://www.sourcewatch.org/index.php?title=Alan_Oxley
(4) Aerial images of APP suppliers' peatland destruction in Kerumutan (5
August 2010) are available on request.
(5) Asia Pulp & Paper calls in new PR support after Weber Shandwick resigns,
Arun Sudhaman, The Holmes Report, 28 September 2010
http://www.holmesreport.com/story.cfm?edit_id=11896&typeid=1&goto=story
--
Matilda Bradshaw
Communications Manager
Greenpeace International
+31 (0) 6 2900 1131 (mobile)
Skype: matildabradshaw
Greenpeace 24h media hotline
+31 (0)20 718 2470
pressdesk@greenpeace.org
Please see also previous posts on rainforest destruction...
Posted by Whale of a Time at 13:23