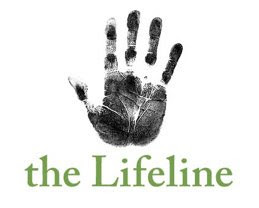 Crossing 7 continents in search of sustainable solutions,
the Lifeline’s mission is to document the people and communities creating ways to save our Planet, and to make these ways accessible to all of Humankind.


…Calling 999…
It's an emergency and we need your help.
Will you become part of the Lifeline for our future?
With human activity eroding the Earth’s basic life support systems through pollution and mismanagement, environmental deadlines are fast approaching.
On the 9th September 2009 – 999 day - the Lifeline will send three filmmaking teams from New York, London and Sydney to Buenos Aires, Capetown and Tokyo on an epic 13 month, 18,000-mile journey ending on 10.10.10, Their mission is to document the accomplishments being undertaken by individuals and communities to support the sustainability of our planet and raise human consciousness to save Life on Earth.
The Lifeline’s film making teams are in place and raring to go. Guiding them is Phil Stebbing, a British award winning National Geographic and Discovery Channel filmmaker, Shelly Bomb, an accomplished New York event’s producer and Laurence Singer, a New York attorney specialising in media and non-profit organisations.
Filming the latest solar generation plants, organic farms, fair trade co-operatives, reforestation projects, marine reserves, eco villages and other exciting initiatives, the Lifeline will produce a digital ark of short films for its social networking website, to show how we can all incorporate sustainable ways of living into our own lives.
To further spread the message the Lifeline’s journeys will be made into a six part television series, currently in negotiation with a major broadcaster, to be screened in 2010.  In order to create the definitive worldwide guide to sustainability, The Lifeline will also produce a set of DVD’s to connect and inspire people across the world that humanity can change and create solutions for our future and for generations to come.
There are less than 60 days to launch so we would really appreciate if you could check out our website or to join the Lifeline on facebook.
http://apps.facebook.com/causes/181303/4540272?m=646ae194
It’s time for change, if not now, when and by who?
www.thelifeline.tv
Posted by Whale of a Time at 00:04 No comments: Links to this post