How Sinar Mas is expanding its empires of rainforest destruction 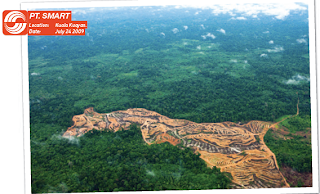 New investigation shows Indonesia's largest palm and pulp group still destroying critical habitats
29 July 2010, Jakarta, Indonesia -- A new Greenpeace investigation into the operations of Sinar Mas, one the most notorious destroyers of Indonesia‚s rainforests, reveals how it is continuing to break its own environmental commitments on protecting forests and peatland. 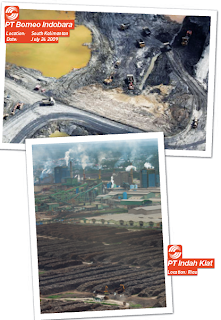 Publishing new photographic evidence, aerial monitoring and field analysis [1], Greenpeace International today details how the Sinar Mas group continues to clear rainforest containing priceless biodiversity such as orang-utan habitat - and carbon-rich peatlands, despite public promises it has made to clean up its act.
The revelations also highlight Sinar Mas‚ ambitions to expand its pulp and palm oil empire into millions more hectares across Indonesia, including large tracts of rainforest and peatland in the province of Papua. These ambitions are outlined in confidential Sinar Mas documents obtained by Greenpeace. Last week, the head of Sinar Mas‚ palm oil division confirmed the company‚s intentions to expand its empire by an additional 1 million hectares. [2]
Sinar Mas claims not to develop on peatland and to protect forests of Œhigh conservation value‚. Earlier Greenpeace investigations repeatedly documented cases where Sinar Mas operations actively cleared rainforest and peatland areas, including tiger and orang-utan habitats. Now today‚s report exposes current rainforest destruction by Sinar Mas in two of its concessions on the island of Borneo.
In the first case, a confidential Sinar Mas document shows that nearly one-third of the concession area is peatland, almost all of which is deep peat that would be illegal to develop under Indonesian law.
Greenpeace photographs show plant operators engaged in active rainforest clearance in the peatland area. In the second case, Greenpeace photographs document recent clearance of rainforest areas of orang-utan habitat, identified by a United Nations Environment
Programme study. [3] 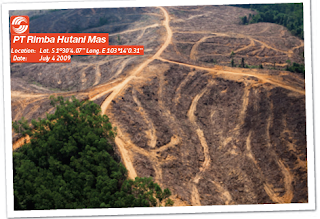 In both cases the photographs were taken by a Greenpeace photographer accompanied by journalists from respected news operations Reuters, AFP and Kompas.
Following the latest revelations Greenpeace is calling on Sinar Mas to come clean and make public its maps detailing all its landholdings, to enable analysis of which areas are critically important for biodiversity and climate protection, and what it is doing in those areas. 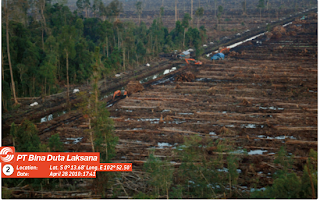 „We've caught Sinar Mas red-handed destroying valuable rainforests, and breaching the limited promises it has made to clean up its act.
This is typical of a group that has an appalling record of
environmental destruction. Sinar Mas has to be reigned in if there isto be a future for what‚s left of Indonesia‚s rainforests. Until this group changes course, other businesses should have nothing to do with Sinar Mas,‰ said Bustar Maitar, Greenpeace forest campaigner. 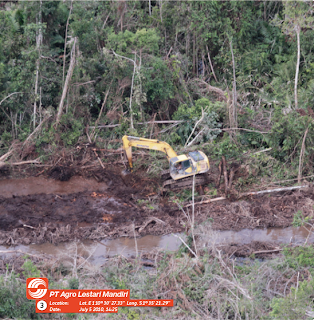 The disclosures come on the day Sinar Mas had planned to publish an audit it commissioned into its own activities in a small number of its palm oil operations, in response to revelations made in earlier Greenpeace reports. The company‚s audit was not designed to assess its practices across all of its operations, but instead to examine allegations made by Greenpeace in recent years.  The evidence released by Greenpeace today includes photographs of peat and forest clearance in a concession due to feature in the Sinar Mas audit. PR company Bell Pottinger (which Sinar Mas has hired to run the publicity around the audit) was this week forced to announce it was postponing its publication. 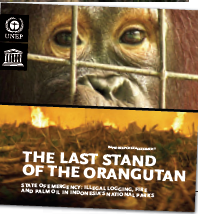 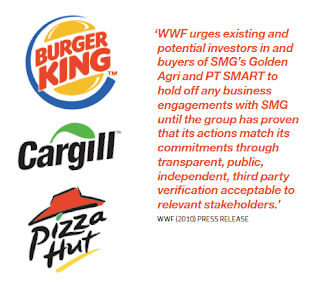 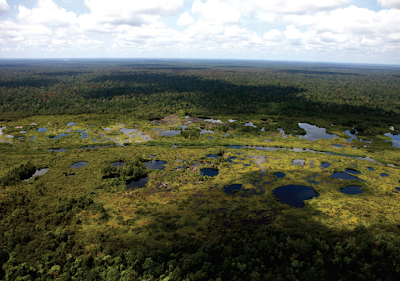