Did this really appear in a Hawaii newspaper in 1850? 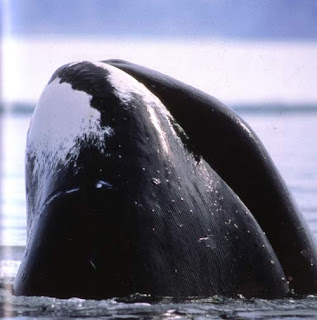 A first person narrative spoken by a Bowhead Whale; written in 1850 by the Captain of a whaling vessel. A plea on behalf of the Whale Nation to put an end to the killing.  Published in The Honolulu Friend Oct 15, 1850.
A Polar Whale's Appeal
October 15, 1850
Anadir Sea, North Pacific
The second Year of Trouble.
Mr. Editor, - In behalf of my species, allow an inhabitant of this sea, to make an appeal through your columns to the friends of the whale in general.
A few of the knowing old inhabitants of this sea have recently held a meeting to consult respecting our safety, and in some way or other, if possible, to avert the doom that seems to await all of the whale Genus throughout the world, including the Sperm, Right and Polar whales.
Although our situation and that of our neighbors in the Arctic, is remote from our enemy's country, yet we have been knowing to the progress of affairs in the Japan and Ochotsk seas, the Atlantic and Indian oceans, and all the other "whaling grounds."
We have imagined that we were safe in these cold regions; but no; within these last two years a furious attack has been made upon us, an attack more deadly and bloody, than any of our race ever experienced in any part of the world.
I scorn to speak of the cruelty that has been practised by our blood-thirsty enemies, armed with harpoon and lance; no age or sex has been spared. Multitudes of our species (the Polar), have been murdered in "cold" blood.
Our enemies have wondered at our mild and inoffensive conduct; we have heard them cry, "there she blows," and our hearts have quailed as we saw their glittering steel reflecting the sun beams, and realized that in a few moments our life-blood oozing out, would discolor the briny deep in which we have gambolled for scores of years.
We have never been trained to contend with a race of warriors, who sail in large three-masted vessels, on the sterns of which we have read "New Bedford," "Sag Harbor," "New London." Our battles have hitherto been with simple Indians in their skin canoes. We have heard of the desperate encounters between these whale-killing monsters and our brethren the Right whales on the North-west coast.
Some from that quarter have taken shelter in the quiet bays of our sea, others of the spermaceti species from Japan, have also visited us and reported their battles and disasters; they have told us it is no use to contend with the Nortons, the Tabers, the Coffins, the Coxs, the Smiths, the Halseys, and the other families of whale-killers.
We polar whales are a quiet inoffensive race, desirous of life and peace, but, alas, we fear our doom is sealed; we have heard the threat that in one season more we shall all be "cut up," and "tried out." Is there no redress?
I write in behalf of my butchered and dying species. I appeal to the friends of the whole race of whales. Must we all be murdered in cold blood? Must our race become extinct? Will no friends and allies arise and revenge our wrongs? Will our foes be allowed to prey upon us yet another year?
We have heard of the power of the "Press;" pray give these few lines a place in your columns, and let them go forth to the world. I am known among our enemies as the "Bowhead," but I belong to the Old Greenland family.
Yours till death,
POLAR WHALE
Posted by Whale of a Time at 18:05